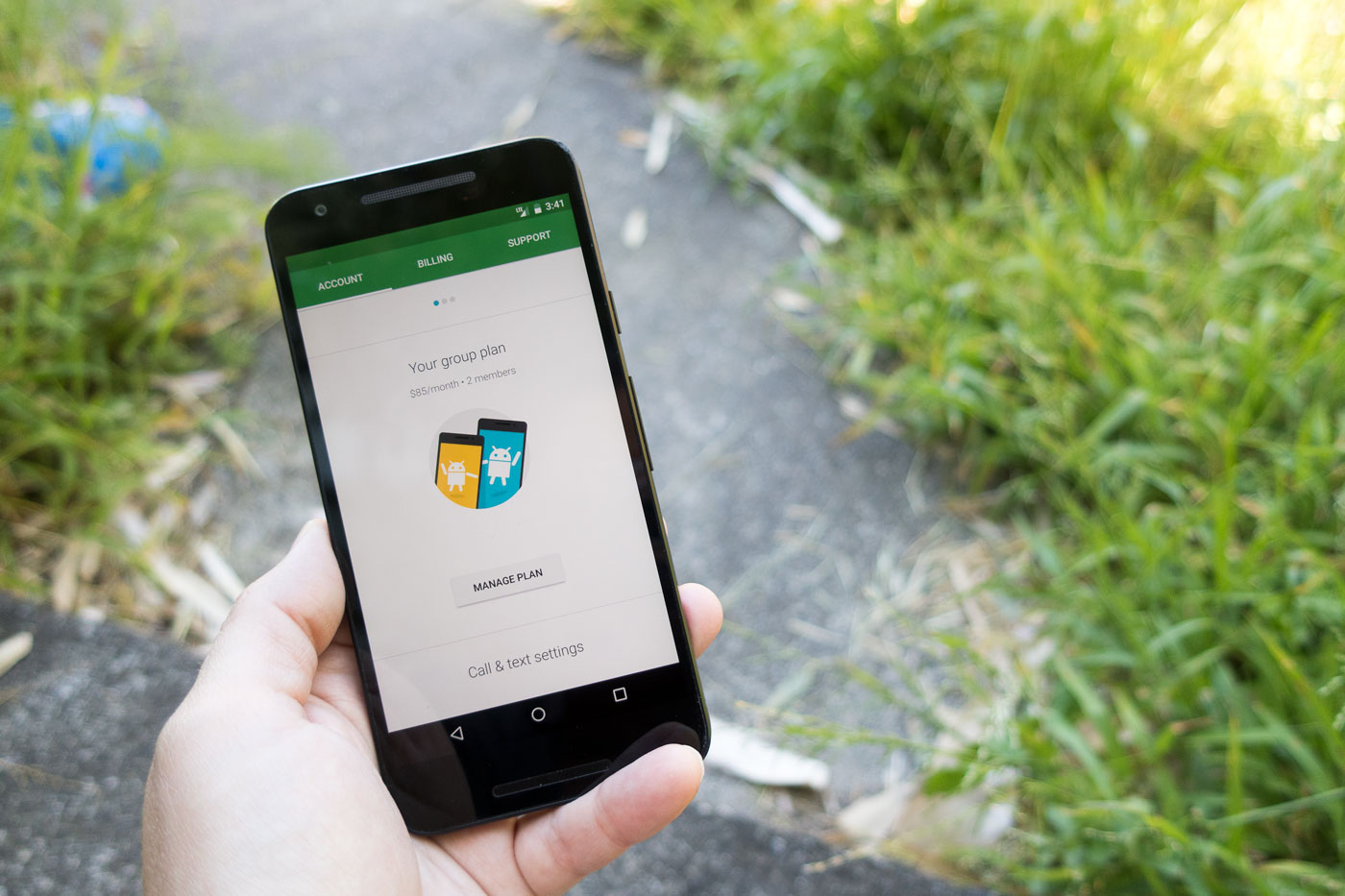 Google created a really simple mobile phone plan called Project Fi, and you can probably get on it. They have an awesome and cute website for it here. I have written up my experiences to help you decide if it’s for you.

You need to have one of the few phones that can be used on the Project Fi network. They have a comprehensive list of all three (yes, I said 3) to choose from. As of this writing, it’s the Pixel and 2 Nexus editions. That’s not a lot of selection, but then there’s a ton of people with an iPhone 7 out there, so maybe it’s not so crazy.

I have the Nexus 5X, and I love it, but then, I was using an Amazon Fire Phone before this one, so I may not be a great judge. It’s Android (duh), has good battery life and a pleasing form factor, and when my kid dropped it playing Pokemon Go, the glass cracked a little but not to the point I need to do anything about it.

Google didn’t start secretly putting up a bunch of cell towers, so how are they running a cell phone business?

Just like Tracfone did back in the early 2000’s, and some smaller cell companies do today, they pay to use the big guys’ infrastructure. This gives them better coverage than the big guys, since they get to combine the coverage of three national carriers (as of this writing). I can attest to this type of system working, since I remember that in 2004, I used a Tracfone, and was the only person with cell phone coverage on a cruise in Alaska.

This mutt of a network, combined with the wifi switching system they have built into the phone, means your phone call or streaming video will stay connected as you move, jumping from tower to wifi to other wifi to another tower.

And to that wifi switching, and connecting, one has to ask, “Is it safe?” Google encrypts your call, texts, and data for you on those open networks. I don’t know if I want to be discussing anything sensitive on those open networks, but if I check my Facebook and email as I walk by an insecure network from a pizza parlor, and it works quickly, I’ll take it.

If you live anywhere near civilization in the US, coverage should be good for you. However, I’m in the San Francisco Bay area, which means I’m not the best to judge. I will be on the East coast soon, and can give some additional insight, but the coverage map is fairly impressive–just enter your address to see how you’d fare.

The hubs and I were on T-Mobile for years, and we were perfectly happy with the service. It worked. Texting and phone calls went through, call quality was fine–at this point in history, this is to be expected.

When we heard about the seemingly secret Project Fi, we were not looking for a better carrier, we were looking for a cheaper carrier. And that is exactly what we got, and then some.

Our T-Mobile bill, which provided unlimited data only for one phone, and basic data for another, was putting us back $130/month. On Fi, we projected my phone needed 1GB of data and my husband’s phone would use about 4GB of data each month. That would come out to $85/mo. Significant savings.

Because of the advanced radio Google utilizes to take advantage of Wifi for data and calling whenever possible, our data estimates were way too high. We pay more like $65 monthly. INCREDIBLE savings.

So What’s Wrong with Project Fi?

Not much, but Project Fi is quirky.

Fee Fi Fo Fum, why’d you pick a name so…dumb? It looks cool in the logo, but I get the feeling the cadre of Marketing Gurus who came up with the name never said it aloud to anyone outside the inner Fi Circle until launch.

It sounds like Wi-Fi. That was the intention. I get that. But Fi DOES NOT sound like Cell Phone Company. So when you explain it to people, you really have to explain it. Several times. With gestures.

When you sign up for Google Fi, you will be asked to attach your account to a Google account–that’s GMail/Google+ account–and use your connected Google Voice number.

Don’t already have a Google Voice number? That’s great, because you can get a new number or port over your current cellphone number, just like any other cellphone carrier would.

Since I’ve had my cell number for over 10 years, I chose Option B, and now rely on emails from the account with my GV Number to alert me of Voice Mail. That works for me, since I use so many other forms of communication, like Hangouts, Slack, and email, to communicate with clients, and calls are usually scheduled or at least planned. But, it’s a compromise, and one I didn’t expect to have to make when switching carriers.

Project Fi charges you in advance for your projected amount each month, and then deals with overages or credits the month after. This is fine, and your bill would be similar whether they billed ahead or behind, but it’s weird. Why do this?

Because the radio in your Project Fi phone is so proactive at finding friendly and secure wifi, you won’t even notice it most of the time. That’s great–wifi means free data. But, wifi connections are not all equally awesome. When you have the misfortune of finding your phone on a slow or not-actually-on-the-internet connection, you will experience weird symptoms: Apps will stop connecting, text messages will not send, calls will not connect. You’ll first think you have no cell coverage, and until you realize it’s the wifi that’s the issue and turn it off, you’re screwed. Especially if you don’t notice and miss calls, texts, or emails while in wifi limbo. Hopefully this issue will be addressed soon by the software.

Are these serious issues? No.

None of the quirks we’ve discovered are that bad, or can be dealt with, and when you put them next to the great price and service, they barely register as a downside.

Use this link to visit the Project Fi site: https://g.co/fi/r/FUM2DP

Yes, that’s a referral link that gives me $20. You’ll get $20 off as well. And, if you join Project Fi, you can use your referral link to make some money back yourself by telling your family and friends (though the terms of the referral program claim it can end at any time, so do your research).